The Board of Directors of Gullotta House 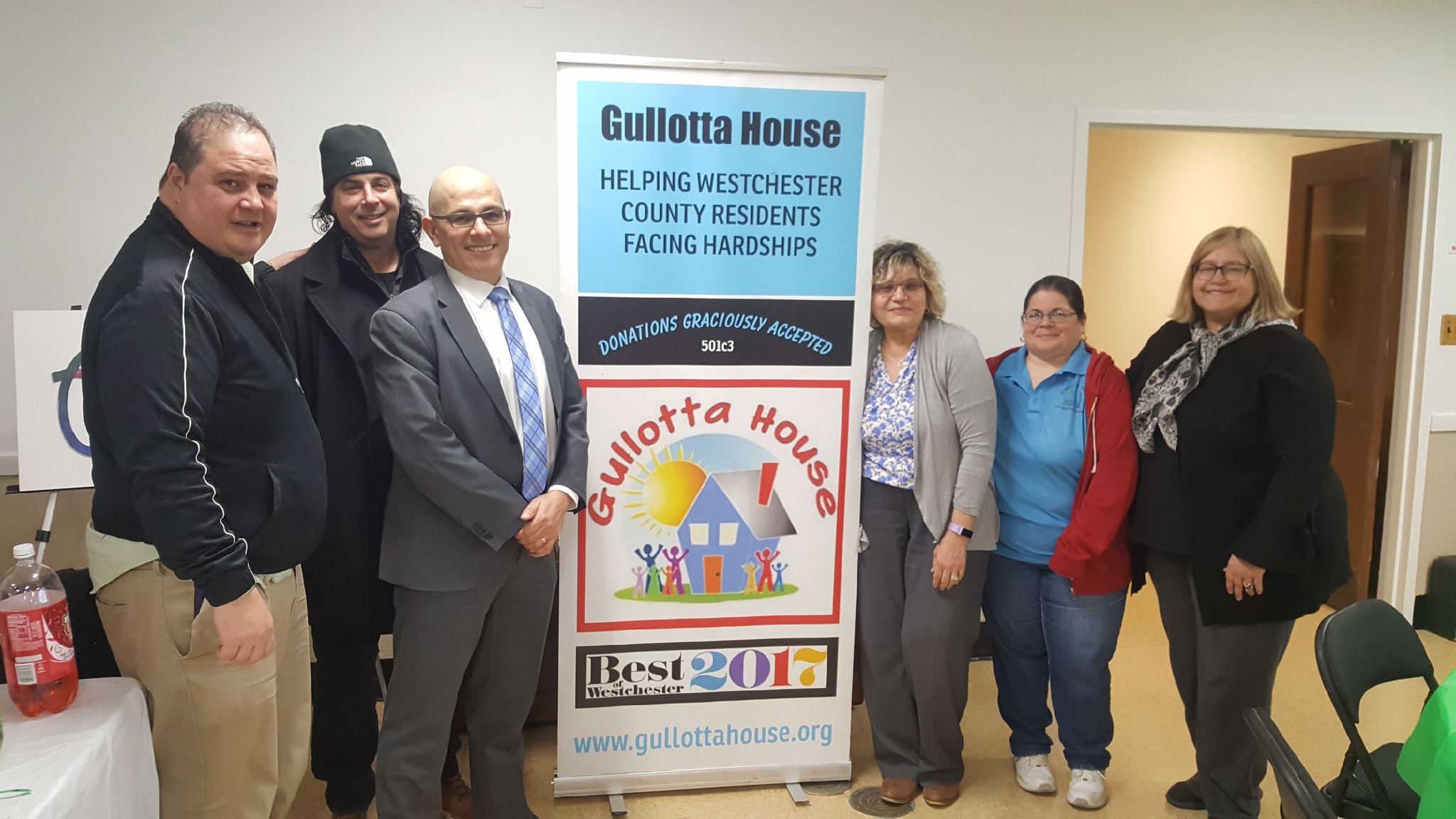 Maria has spent over 20 years as a community leader/organizer in Williamsburg/Greenpoint Brooklyn. She is a co-founder of Hispanic United and a housing advocate. Maria is an owner/licensed broker of Pads2home Realty offices in Tarrytown, New York and Danbury Connecticut and owner of Browneyedgirl consignment store in Tarrytown.

Bob is a 4th generation Ossining resident. He has been a head coach and 10 year sponsor of Ossining Recreational Baseball and also coaches youth basketball. Bob is a past president of the Rotary Club of Ossining, past governor of Loyal Order of the Moose, and is a member of the Diamond Thistle Lodge 555. He is a member of Ossining Boat and Canoe Club and owner of A.A.A. Nolan’s Auto Collision in Ossining.

Lisa Moore is a teacher in the Port Chester School district and is a director of CYO at St. Ann’s in Ossining. Lisa loves to help others is a true team player.

Kelly is a Vivint Solar sales representative in New York, Connecticut, and parts of New Jersey. He is a stand-up comedian and has volunteered with several organizations for over 15 years. Kelly will pay you $500 when you go solar with him if you mention code “Gullotta House.” Call at 914-227-3116.

John has been the Store Manager of TD Bank in Ossining for the past 11 years. He has worked in Ossining for over 20 years and lived here for the past 8 years. John is  also the Vice President of the Greater Ossining Chamber of Commerce and has  volunteered with numerous community organizations over the years.

The Board of Directors thanks the Community Advisors for being the front line in implementing the Gullotta House programs and mission.